Kabul, Afghanistan – As the number of coronavirus cases in Afghanistan steadily climbs,­ the western province of Herat has emerged as the epicentre of the country’s outbreak with at least 54 of the 75 total cases reported in the country.

Thousands of Afghans have returned to Herat from neighbouring Iran, where at least 1,800 people have died due to the pandemic.

But most of them do not seem to have been quarantined in order to check the spread of the virus that has infected more than 400,000 and killed at least 18,000 people worldwide.

Government efforts to persuade people to maintain social distancing have proven futile amid the rush of returnees from Iran and a general lack of adherence to safety guidelines. 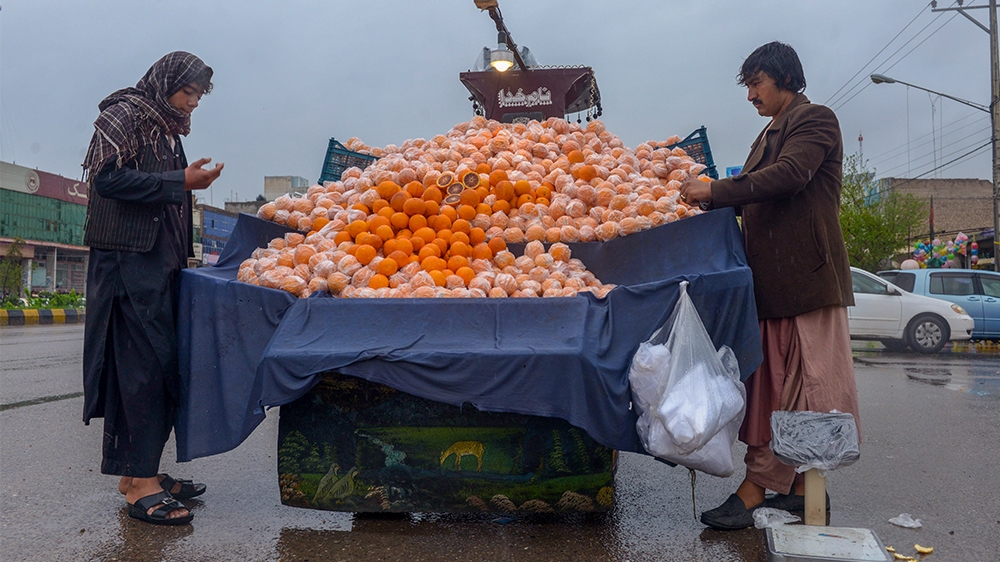 A member of a government delegation that travelled to Herat earlier this week expressed surprise at the situation there.

“I thought I would see protective masks and gloves everywhere I turned, but it was nothing like that at all. Only one, maybe 2 percent of the people were wearing masks and gloves,” said the official, who was not authorised to speak to the media about the assessments.

The official said both government and security forces called for measures that leaders and decision-makers in the province rejected outright.

Among those was the suspension of communal prayers, an action taken by countries including Saudi Arabia, Morocco, Turkey and Egypt.

“The religious leaders were asked specifically to close mosques as a matter of public health, but they said ‘No, the people of Afghanistan won’t be distanced from their faith or the mosque.'”

For weeks, the Ministry of Public Health had asked the Kabul government to order the complete shutdown of the city of Herat, a measure initially rejected by officials in Herat and Kabul, in spite of having gained public support online.

Many Afghans have taken to social media, calling for strong measures against COVID-19.

It remains to be seen whether hundreds of worshippers will congregate at the historic blue-domed grand mosque in the centre of Herat on Friday as they have every week thus far.

Government officials initially dithered on the lockdown, citing a fear of its impact on the country’s struggling economy.

Residents of Herat worry a lockdown would have a devastating impact on their province.

Haroon Azimi, a photographer based in Herat, said the calls for a lockdown fail to take the economic reality of Afghanistan into account.

“There are countless people who depend on a daily wage in Herat, they are already facing a hard time, but a quarantine would only make matters worse for them.”

Though Herat is considered one of Afghanistan’s commercial centres, it still relies greatly on small and medium-sized businesses that depend almost entirely on direct and daily cash transactions. 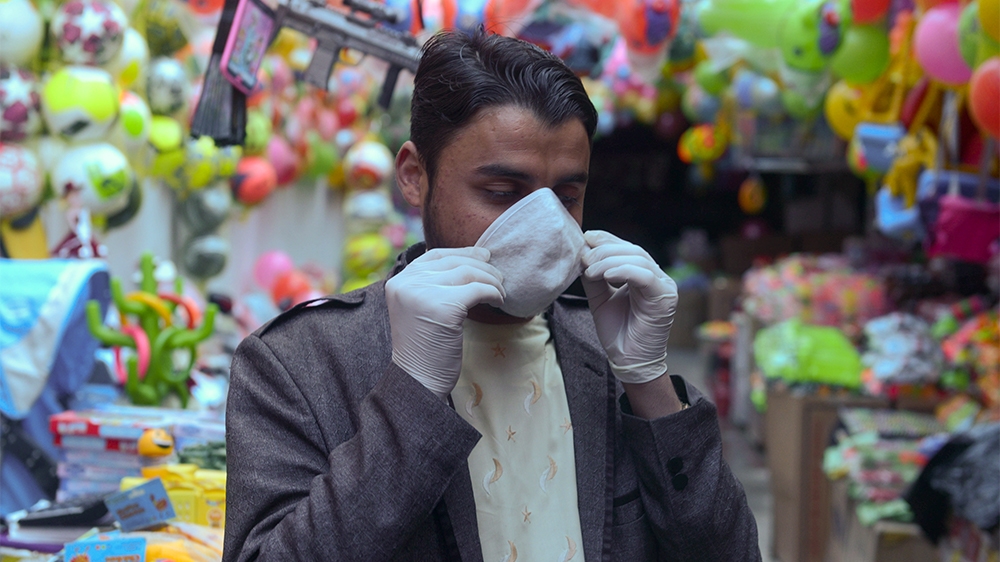 Hamid, a Herat resident in his 20s, agreed.

“How would people recover from being without an income for days, weeks or even months at a time. We don’t know when this thing will end, a quarantine would lead to starvation across the province for who knows how long,” he told Al Jazeera.

Hamid, who has travelled to the border between Afghanistan and Iran in recent weeks, says these curfews may have come too late.

Half the population may be infected

According to UN estimates, tens of thousands of people have arrived in Herat from Iran in recent weeks. Among them are thousands who have already returned to their homes in other provinces.

The latest figures from the Ministry of Public Health show that though the clear majority of COVID-19 cases came from Herat, the disease has reached 11 other provinces, in the south, east and north of the country.

The country’s health ministry on Tuesday said half of the country’s population might be infected with the virus.

Herat residents speaking to Al Jazeera echoed this sentiment, saying short of shutting down the Islam Gala crossing between Herat and the Iranian city of Mashhad, little can be done to contain the virus at this point.

According to the United Nations, Monday alone saw at least 1,100 people return to Afghanistan through Islam Qala. The return of Afghans has been one of the greatest sources of coronavirus-related worries in Afghanistan.

Sebghatullah, 25, had gone to Iran looking for work at the start of 2020 but, earlier this week, he decided to go back home.

Like millions of other Afghans in Iran, Sebghatullah subsisted as a daily labourer, mostly working on construction sites, but he soon realized that even being on the fringes of Iranian society couldn’t shield him from the spectre of coronavirus.

“No one was going out, there was no work, and we were forced into quarantine for hours at a time. If we did get to go outside, it was to work, and then we were immediately shooed back inside.”

Sebghatullah said with everything in Iran at a standstill, he had no choice other than to return to Afghanistan.

“At least here there are fewer cases of coronavirus,” he said.

Though the Afghan healthcare system is currently in a state where there are only three doctors for every 10,000 patients, the Afghans at the Islam Qala crossing said they’d rather take their chances in Afghanistan.

“Everyone around us had the disease, everywhere you turned there was coronavirus, and we didn’t know if the Iranian hospitals would treat us because we’re Afghan,” said Mohammad Hanif, a middle-aged man who was returning with his family.

(427)
£349.00 (as of March 1, 2021 - More infoProduct prices and availability are accurate as of the date/time indicated and are subject to change. Any price and availability information displayed on [relevant Amazon Site(s), as applicable] at the time of purchase will apply to the purchase of this product.)

(5)
£448.88 (as of n/a - More infoProduct prices and availability are accurate as of the date/time indicated and are subject to change. Any price and availability information displayed on [relevant Amazon Site(s), as applicable] at the time of purchase will apply to the purchase of this product.)

(95)
£799.99 (as of n/a - More infoProduct prices and availability are accurate as of the date/time indicated and are subject to change. Any price and availability information displayed on [relevant Amazon Site(s), as applicable] at the time of purchase will apply to the purchase of this product.)

(346)
£237.90 (as of March 1, 2021 - More infoProduct prices and availability are accurate as of the date/time indicated and are subject to change. Any price and availability information displayed on [relevant Amazon Site(s), as applicable] at the time of purchase will apply to the purchase of this product.)

(11)
£1,377.86 (as of n/a - More infoProduct prices and availability are accurate as of the date/time indicated and are subject to change. Any price and availability information displayed on [relevant Amazon Site(s), as applicable] at the time of purchase will apply to the purchase of this product.)